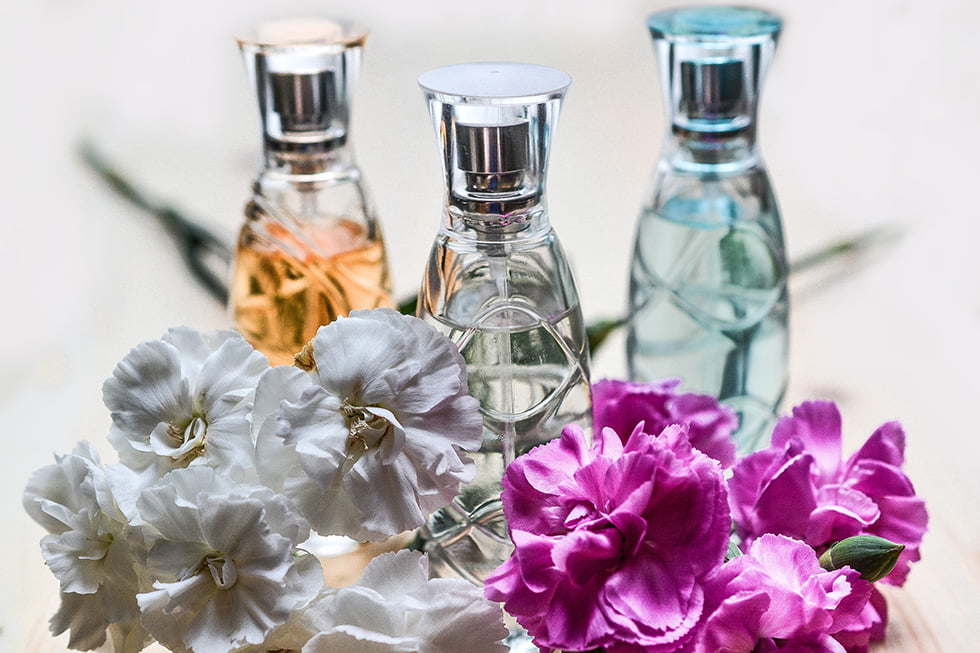 When you find the perfect perfume, two conflicting thoughts ensue. You will quickly find yourself torn between, “This is so amazing, I cannot wait to tell all my friends!” and “This is so amazing, I have to keep it a secret, so I’m the only one who has it.” Whether it was because you shared or not, some things take on a life of their own. For being sensational, thanks to a noteworthy wearer, or the fame of their creator, these ten perfumes have gone down as some of the most famous in history.
Chanel No. 5
No. 5 was the first perfume by Gabrielle ‘Coco’ Chanel, first launched in 1921. On a trip to the Cote D’Azure with her then-lover Grand Duke Dmitri Pavlovich, she met a perfumer, Ernest Beaux, who had worked with the Russian Royal family before the revolution. She commissioned him privately to formulate a perfume for her. When it came time to review the sample, she was presented with 1 through 10 and 20 through 24. Chanel selected No. 5. It’s rumoured that No.5 was actually a mistake not intended for the sample tray. What started as a perfume just meant for her boutiques ballooned into the hyper-popular scent we know today.
Miss Dior
The original Miss Dior fragrance was presented at an invitation-only event in December 1947. In preparation for this event, shop assistants sprayed an entire litre of the perfume around the salon. The fragrance was inspired by the women in Christian Dior’s life, but mainly his sister Catherine Dior, a member of the French Resistance during WW2. The name, Miss Dior, came about by a happy accident when Dior’s muse, Mitzah Bricard, exclaimed, “Ah! Here is Miss Dior!” when Catherine Dior unexpectedly burst through the door in the midst of a conversation about perfume names.
Shalimar Guerlain
Shalimar was created in 1921 by Jacque Guerlain. The fragrance is inspired by the love story of Mumtaz Mahal and his wife, Shah Jahan. Shalimar being the name of her favorite gardens. The two were inseparable until her death giving birth to their 14th child. Devastated by her passing, Mumtaz Mahal had the Taj Mahal built in her honour. For a while, the scent went by No. 90 due to a legal dispute with another company that had a fragrance of the same name.
Joy Jean Patou
Joy was formulated in response to the American economic crash in 1929. It was meant to continue to attract his wealthy American clients who could no longer afford his couture. Despite its high price, it was an instant success. Though no longer in production, it was considered a perfect example of the floral perfume genre. A whopping 10,000 jasmine flowers and 28 dozen roses were required to create one 30ml bottle of perfume.
Opium Yves Saint Laurent
YSL debuted Opium in 1977, and it was not long until controversy ensued. People accused the brand of condoning drug use. In the United States, a Chinese-American group, which formed a committee called the American Coalition Against Opium and Drug Abuse, demanded an apology and a name change from Saint Laurent. They expressed that the choice of name represented a menace that destroyed many lives in China. However, the controversy and outrage had the opposite effect, and the scent skyrocketed as a best seller.
Quelque Fleurs Houbigant Paris
This fragrance was unveiled long before its moment of fame. Houbigant, launched in Paris in 1775, was the first perfume house to discover how to isolate particular molecules from raw materials. House perfumer Robert Bienaime created Quelque Fleurs in 1912. This scent is considered to be the first true multi-floral bouquet. However, its claim to fame is that Princess Diana wore it on her wedding day. It is said she spilled some on her dress before the ceremony, and as a result, she had to cover it with her hand as she walked down the aisle.
Fleurissimo Creed
Creed began as a tailoring company in London, who first gained royal attention when founder James Henry Creed formulated a Royal English Leather fragrance for King George III. He was later appointed as the fragrance supplier to the household of Queen Victoria. Fleurissimo was commissioned for actress Grace Kelly in honour of her wedding to Prince Rainier of Monaco.
White Diamond Elizabeth Taylor
It is not uncommon for a celebrity to have a perfume, but it is for it to be as enduring as White Diamond. Elizabeth Taylor was not the first celebrity to launch a fragrance, but she was undoubtedly the first to do it well, with the release of Passion for Women in 1987. It went so well that she was the first to launch a second. White Diamond debuted in 1991 and still sells well to this day.
Flowerbomb Viktor & Rolf
This sweet flowery scent, housed in a contrasting grenade shaped bottle, was launched in 2005 as the brand’s first women’s fragrance. Flowerbomb was conceived with lofty goals in mind: to spread beauty and fantasy and transform the negative into positive. This ambition paid off in spades. According to a Telegraph article published in 2015, a bottle is purchased every 3 minutes in the UK.
Light Blue Dolce & Gabbana
Award-winning fragrance, Light Blue, launched in 2001. Domenico Dolce and Stefano Gabbana commissioned perfumer Oliver Cresp to create a scent inspired by Sicily. The scent has been re-released numerous times with special edition versions, and each time the brand uses the same models as the original launch.
Time Tells
These scents have endured the test of time, showing the power of a truly good perfume. Whether a scent is inspired by a place, event, a person, or a bold idea, every good fragrance has a story worth telling. Some stories date back hundreds of years, with a long history behind them. Others are just getting started, but with time, what an incredible story they will tell.